Gabe is returning for his second summer with the Commodores. A graduate of Avon Old Farms School, he is a rising Senior at Bucknell University, majoring in Markets, Innovation, & Design and minoring in Theatre Design & Technology. On campus, Gabe serves as the Executive Intern for Athletics & Recreation and works for the Office of Admissions as well as the Sign Language department. He has previously worked for the Hartford Wolfpack of the AHL (New York Rangers), and the Hartford Athletic of the USL. Gabe is excited to be back in Falmouth for the summer!

Mike is returning for his ninth year with the Commodores. He was a batboy for four years and has worked as a General Managers intern for the past four. He and his family also enjoy hosting a Commodores player each year. Mike is a rising junior at Suffolk University in Boston where he studies Management and Criminal Justice. In Mike’s spare time he enjoys playing Golf, coaching hockey and baseball and also works as a hockey referee as well. Mike is excited to be back in Falmouth this summer! 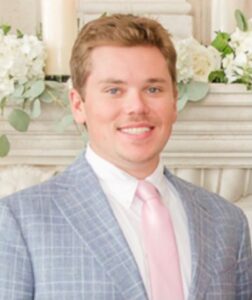 Tommy is a recent graduate of Michigan State University with a degree in Special Education. Originally from the Philadelphia area, Tommy grew up spending the summers on Cape Cod, attending many Cape Cod Baseball League games. He has a strong passion for sports and especially enjoys the scouting aspect of baseball. Tommy has served as a manager of the Michigan State Baseball team and is entering his fourth summer as a Yarmouth lifeguard. He is thankful and excited for the opportunity to work in Falmouth this summer. 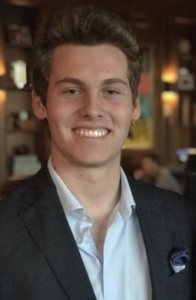 Dario is a rising Junior at the University of Massachusetts Amherst studying Marketing and Sports Management. He hopes to work with sponsorship marketing for a large firm after he graduates. Dario is originally from Santa Barbara, California, where he got interested in baseball by going to Dodgers games and watching his high school team’s games. This is his first season working as a Commodores intern and he looks forward to providing a great experience for the fans, sponsors, and baseball clinic kids. 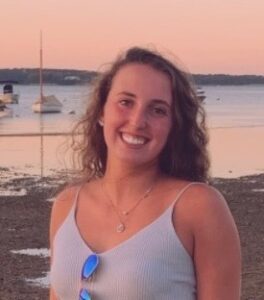 Colleen Goonan is a rising junior at the University of Massachusetts Amherst, majoring in Sport Management at the Isenberg School of Management. She is from Boston and has lived in Falmouth for the past 2 summers waitressing at Shipwrecked (Previously BBC). At UMass, Colleen is a member of the club softball team, McCormack Student Leaders, and Women in Sport Management. She is so excited to start her first summer with the Commodores! 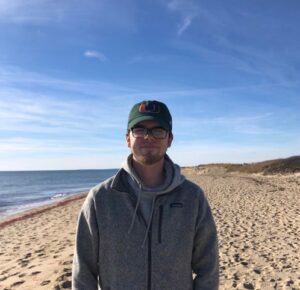 Sean Oldread is a rising Senior at the University of Massachusetts-​Amherst from Wilbraham, MA. He is a double major in Communications and Political Science. Sean covers UMass Football and Men’s Basketball for 91.1 WMUA and has experience doing PxP, Color, as well as producing and engineering radio broadcasts and shows. Sean is a huge baseball fan, who grew up attending games on the Cape. His interests outside of baseball consist of movies, music and hanging out at the beach. This will be Sean’s second summer with the Commodores and is excited to get back to the Guv. Go ‘Dores! 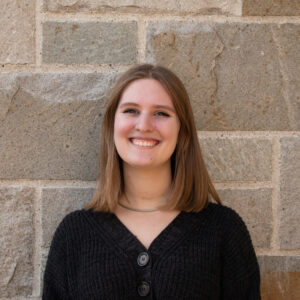 Olivia Charbonneau is a rising senior at Boston College studying Communication and Studio Art. Originally from Mendon, MA, she currently lives in Orleans. Olivia is currently the visual director of BC’s independent student newspaper, The Heights, where she previously was as a graphics editor and covered the Eagles as the associate sports editor. She also has worked as a marketing intern for BC Athletics for three years. This is her first summer interning with the Commodores and she’s looking forward to a great season! 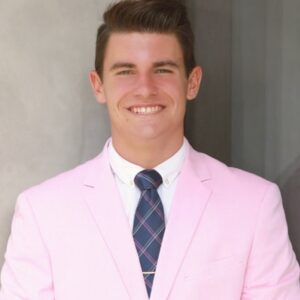 Trey Redfield is a junior at Syracuse University, coming from Holly Springs, North Carolina.  At SU, Trey is always out and about, serving as a sports and news anchor at CitrusTV, along with being in the broadcasting booth for ACC Network Extra, 89.1 WJPZ-​FM Syracuse, 88.3 WAER-​FM Syracuse, CNY Stream and Colgate Athletics. Last summer, Trey was the broadcast and media relations assistant for the Coastal Plain League’s Morehead City Marlins, doing play-​by-​play and color commentary.  In his free time, Trey enjoys working out, going to the beach, spending time with friends and family and watching the Boston Red Sox — especially when he’s in New England.  Broadcasting on the Cape has always been a dream of Trey’s, and he is more than excited to open the ‘dore to the Falmouth faithful this summer! 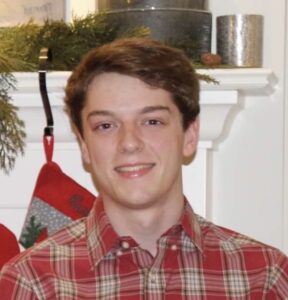 Carter is a rising senior at Syracuse University from Nashville, Tennessee. He is a Broadcast & Digital Journalism major at the S.I. Newhouse School of Public Communications with a minor in Sport Management. Carter has play-​by-​play experience dating back to 2015 and is an avid baseball fan. He is a fan of the Miami Dolphins, Chicago Cubs, and Nashville Predators. This summer, Carter hopes to improve his broadcasting skills both in the booth and down on the field, all while taking in the Cape for the first time and learning in a professional setting. 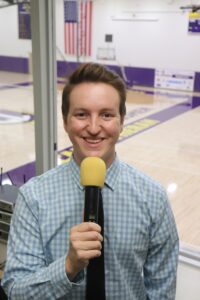 Logan is a rising junior at California Lutheran University where he is the lead play-​by-​play voice. Logan also has television experience on select UC San Diego broadcasts on ESPN+. He recently joined the Ontario Reign, the AHL minor league affiliate of the Los Angeles Kings, as the alternate PA Announcer and In-​Arena Host. Last summer, Logan served as the PA Announcer for the Conejo Oaks of the CCL so he is no stranger to summer ball. This summer, Logan looks forward to bettering his broadcasting abilities and surrounding himself with some of the best talent in the nation. Roll ‘Dores! 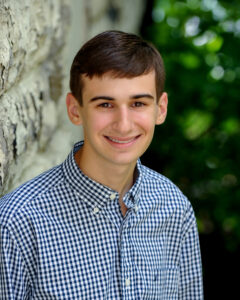 Tommy Mumau is a rising senior Sports Media major at Ithaca College’s Roy H. Park School of Communications. He is entering his second season as the web reporter with the Commodores. Tommy covers Ithaca Bombers athletics as a Sports Editor for the college’s newspaper, The Ithacan, and is a co-​host of “On the Mound,” a baseball talk show that airs on VIC radio. He also covered baseball for two summers as an intern with the Utica Blue Sox, in his hometown of Utica, NY. Tommy is looking forward to another great summer in Falmouth. 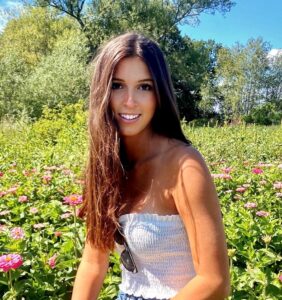 Charlotte Macht is studying Journalism at the University of Miami. She grew up in Massachusetts and has summered in Falmouth since she was born. For the past four summers she has worked as a Falmouth Lifeguard for the public beaches. When it comes to sports, she is a loyal Boston fan, go Red Sox!

Returning to the ‘Dores for her third season, Meghan Murphy is the lead team photographer. Elevating from her photography internships in 2019 and 2021, Meghan looks forward to collaborating with the media team to develop new and exciting visual content. Originally from Amherst, NH, Meghan graduated from the University of New Hampshire in 2020 with a B.A. in English/​Journalism, and a multimedia portfolio curated from the athletics, and marketing departments. Meghan lives with her family in North Falmouth, where she has built her freelance photography brand specializing in action and lifestyle work. Meghan has produced feature content for Cape Cod Life magazine, the NWHL Boston Pride, and New England Fights, as well as assisted on production for the New York Knicks and the Bolt Creative Group. She is eager to continue helping share authentic stories, and collaborate with passionate creators.

Ellie Fideli is a rising sophomore at Purdue University majoring in Film and Video Production.  Outside the classroom Ellie enjoys participating in intramural athletics, sorority activities, and spending time with her friends. Originally from Hingham, MA, Ellie’s family have been long time summer residents in North Falmouth.  Growing up on the Cape, she has attended countless Commodores games.  Ellie is anxious to begin her professional career and is excited to get hands-​on experience in the field this summer!

Brendan is a junior attending Sacred Heart University studying Sports Communication and Media with minors in Sports Management and Journalism. He is from Westchester County New York and loves all New York sports and teams. He has been a baseball fan his entire life and has been attending Cape Cod Baseball games since he was a kid. He’s excited to work for the Commodores this summer and gain more experience in the Sports Media field.

Carson Depp is a sophomore at the University of Massachusetts Amherst. He is currently a sports journalism major and is involved with the Daily Collegian on campus where he covers UMass athletics. His interest in sports videography was sparked in high school when he volunteered with Darien Athletic Foundation Media, helping to film and broadcast varsity sporting events. Carson is excited about the opportunity of interning for the Commodores this summer and learning more about videography. 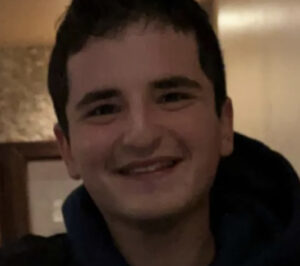 Daniel Fox is a rising junior at Ithaca College and calls Maplewood, New Jersey home. He is a sports media major with a concentration in journalism and analytics, and he is also involved in club baseball, the TV station and radio station. He is an avid writer and currently writes for the Red Sox page on Fansided. He also produces his own sports podcast, Who’s On Top.

Though he hails from New Jersey, Daniel is a huge Red Sox fan and an avid Tom Brady
supporter. He has been going to the Cape every summer for the last 20 years, and he is thrilled to have a chance to contribute to the commodore team.

Zeke Breil will be a Senior at the University of Arizona majoring in Law with a minor in Sports Management. He is from Westlake Village, California where he grew up playing and enjoying the game of baseball.  At the University of Arizona, Zeke is involved with the Sports Management Association as well as various community outreach activities. This will be Zeke’s first summer as an intern with the Commodores and cannot wait to meet new people and be involved with baseball all summer.

Tyler just completed his junior year as a Sport Management major at High Point University. He is from Jericho, New York where he grew up an avid Mets, Jets and Islander fan. At High Point, Tyler worked as Asst. Director of Online Broadcast Production for the school’s club hockey team. He looks forward to a career in the professional sports industry and is beyond excited to gain additional industry-​related experience working with the Commodores this summer. Tyler’s outside interests include playing baseball and basketball, attending live sporting events, traveling, and hanging out with friends.

Carson is returning for this second summer with the Commodores. He is a rising senior at the University of Massachusetts Amherst, majoring in Sport Management at the Isenberg School of Management. Carson is from Darien, Connecticut, and has been coming to the Cape every summer since he was little. He is excited to be back in Falmouth for another great summer of Commodores baseball.

Piper is a rising senior at the University of Arkansas majoring in Recreation and Sport Management with a minor in Legal Studies.  She is originally from Minden, Louisiana and has hopes to pursue a career in Sport Law post-​graduation.  Piper has been a baseball fan her whole life, and although from the south, is a proud Red Sox fan.  She is thoroughly looking forward to gaining experience with the Cape Cod League and spending the summer supporting the Commodores!

Brady is from Westborough, Massachusetts but enjoys spending his summers on the Cape in nearby Mashpee. He attends the University of Massachusetts Amherst and is a Sports Management in the Isenberg School of Management. After years of attending Cape Cod baseball league games with his family, this will be his first year with the Falmouth Commodores. Outside of baseball, Brady enjoys hanging out with both his family and friends, watching whatever Boston sports team that may be on that night, and listening to music. He is excited for this new work experience and making lifelong memories.